A Unit of Sona College of Technology 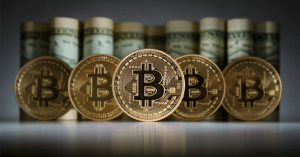 Money is always been a matter of at most interest for mankind. From medium of exchange to holding wealth, currencies have played a crucial role in the evolution of economic system. Interaction between demand and supply of a currency decides its value, which is basically controlled by government through a country’s central bank. But in the era of internet and technologies and when the government itself speaks about cashless economy to counter the black currency and black economy, it is quite natural that people will bring into to shape for an innovative method of monetary system which alternates physical currencies. That’s how crypto currencies came in to place.

Crypto currencies basically founded on the platform of cryptography which means ‘practice or study of techniques to secure communication in the presence of third parties’. Crypto currencies were created initially with few people on the internet, who exchange the same within their network, which are eventually called as ‘Block chain’. These are now offered by various private companies who administers these networks of financial transactions from hawking and making it secure. Unlike the present system of physical currency creation which is centralized by central banks, these block chains are basically decentralized. Sources from internet says that till late 2016 there are 107 GB of data created out of such network of transactions or block chains.

BIT coin is a block chain, which has become so popular in the recent times. To make a bit coin transaction what you need is your account number and the account number of receiver on the network and info of how many bit coins you are to transfer. You have a private key for a bit coin which is known only to you and a public key which is known everyone on the network. Since crypto currencies are data which is stored in the network, it basically runs on coding and decoding of data through algorithms.

So you might ask a question that anyone can create currencies if someone accepts your transaction? This is where the reality of BIT coin creation comes into picture. Imagine, what will happen if millions of financial transactions that emerge in a block chain network? There are tons of data emerge in the network every day and makes the coding decoding ultimately complex. So there are programmers who are skilled to do algorithms to decode a financial transaction. They are named as miners. Miners are the ones who verifies the originality of the senders in a network. So they are eventually the BIT coin creators, which is termed as coin mining. Technically they do this based on SH algorithm 256 which was actually created by US National Security agency (USA) for secrete information transfers.

Mining is not an easy job at all. It involves huge cost of super computers, powerful network, hardware, software and intellect to successfully decode a financial transaction in an exponentially growing network. Every bit coin exists was created to reward a bit coin miner. In 2009, when first bit coins were created, miners were awarded with 50 bit coin per transaction. When more transactions happens and more bit coins created the rewards goes down for a miner and the scope of coin creation reduces as well. Every four year, reward for miners or crypto currency creation is cut to half. From 50 in 2009 it came down to 25, now it is at 12.5 bit coin for a successful mining. It is said, after few years this will become 6 bit coins per mining and by the year 2140, the supply of bit coin will come virtually to an end. Then people has to transfer only with the available bit coins. Now it is clear that bit coins are basically runs on a virtual set up like physical currencies which are backed by Gold, which is why bit coin verifiers are called as miners resembling to the nature of gold mining.

In 2009 when first bit coins were created it was equal to few penny of dollars. But today the value gone above USD 10000. What made sudden upsurge in the value? SPECULATION. Like all other financial avenues faces the herd speculation for quick money, Bit coins are facing the bubble which is constructed out of greed. This makes countries like china, Thailand to ban crypto currency transactions and even US Fed Res to come with its own crypto currency recently.

But there are business giants like Virgin, Lamborghini, etc. have started announcing that they accept bit coins. So I believe an ordinary citizen has no role play in speculation. At present, it is better to be safe with the government currencies and avoid burning the fingers. Because the present value of the bit coins are created out of unrealistic demand created out overrating an investment avenue.

It is better to wait and watch the bit coin market until a synergy happens between crypto currency markets, government regulators and the people.

(The views expressed in the article is author’s personal opinion)